More About The Benefits of 3D Mammograms 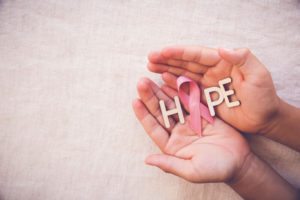 3D mammography (also known as Digital breast tomosynthesis or TOMO for short), is an FDA-approved, revolutionary new advanced technology. A 3D mammography test takes multiple images (X-rays), of breast tissue in order to recreate a 3 dimensional picture of the breast and underlying tissues. Because it is so sensitive, 3D mammography can detect even subtle changes in breast tissue.

And, while traditional mammography just uses single images, 3D mammography creates multiple images that can be displayed as a series of thin slices which can be evaluated by a radiologist in a dynamic process of interactive animation. All of this gives your doctor a clear image of any masses which may be present.

Earlier and easier detection – Conventional mammography only allowed the radiologist to view the breast tissue in a flat image. If the tissue overlaps, it makes it difficult to see individual structures. 3D mammography allows the radiologist to better see the different structures as well as the location, size, and shape of any abnormal tissue, such as small cancers.

Fewer callbacks – With traditional mammography, the radiologist would have to ask the patient to return if they saw an area that was questionable. By being able to see the breast tissue in smaller, thinner sections, with increased accuracy and greater clarity, the number of callbacks can be reduced by as much as 30%. This spares women the anxiety, inconvenience, and expense of coming back for more tests.

All women should consider getting a 3D mammography, especially if they have dense breast tissue, because it provides a clearer picture. It helps doctors to not only catch breast cancer early, but also to see more clearly areas where cancer may be present. Doctors are better able to see the cancer size, helping them create the most appropriate course of treatment.

Additionally, 3D mammography is considered very safe and your exposure to radiation is very low. The amount of radiation is just a small fraction of what someone would receive annually from the natural background of being outdoors.

Chances are, women will notice little difference between 3D mammography and the traditional screenings since the procedure is not much different than before. The tube taking the X-ray sweeps across the breast in an arch. Since 3D mammography takes more images, it does take a little longer than the single digital mammography. As with any mammography exam, some women experience minor discomfort while others do not experience any discomfort at all.

Until medical advancement progresses enough to wipe out breast cancer, the only way to fight it now is by early detection, and getting a 3D mammogram is your best shot of catching it early. The best way to know when to get a mammogram or how often to get screened is to talk to your medical provider. The earlier breast cancer is detected, the higher your odds of beating it.  Call Independent Imaging at (561) 795-5558 to request an appointment, or request one online.