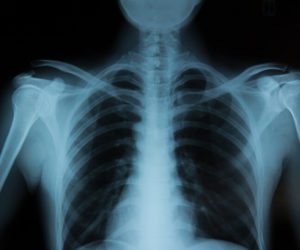 The sun. It gives us warmth. It gives us light. Warmth and light are forms of energy, and from this energy, many wonderful things can happen. Light comes from the sun in the form of electromagnetic waves.

The X-ray was accidentally discovered by Wilhelm Roentgen, a professor of physics in Wurzburg, Bavaria in 1895 during an experiment. In 1896, the first radiology department was established at the Glasgow Royal Infirmary. Soon, X-ray machines were being used for many things, such as diagnosing fractures in the bones and to locate bullets during WWI. This one discovery advanced the field of medicine in a very big way. To be able to see the structure inside a person without blood loss from an incision was revolutionary.

But how does an X-ray work? Well, think back to your grade school science class. Remember photons and electrons – atoms and molecules and nuclei? An X-ray is produced when a negatively charged electrode is heated by electricity and electrons are released, thereby producing energy. That energy is directed toward a metal plate, or anode, at high velocity and an X-ray is produced when the energy collides with the atoms in the metal plate.

When you go to get an X-ray, a cassette is placed behind or under the area of concern. This cassette holds the film that will be exposed by the X-ray. As the X-ray enters your body, it passes through your skin, muscles, and organs, as this type of soft tissue cannot absorb the energy of the X-ray. This appears dark on the film as it is now exposed. However, bone absorbs X-ray energy and does not expose the film. This area appears light or white on the film. This is how an X-ray image is created!

Not Just for Broken Bones

X-rays are primarily used in the medical and dental field. Some of the more common X-rays are done for broken bones and fractures, swallowed items, damage to bones from arthritis, and lung infections. X-rays are also used in a CT scanner, or computed tomography. This modality uses multiple X-rays during one scan, to give a layer-by-layer image. X-rays are also being used in non-medical areas, like airport security and by NASA in outer space.

At Independent Imaging, we provide X-rays and other digital imaging services in Palm Beach County. Our board-certified and fellowship-trained radiologists are dedicated to improving your health and quality of life through the benefits of digital imaging, including early and accurate diagnosis of your condition.

Give us a call today at (561) 795-5558 to schedule an appointment with one of our board-certified and fellowship-trained radiologists.