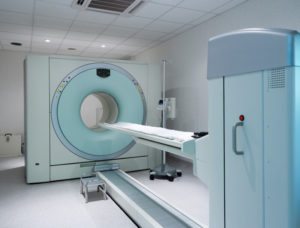 Cancer is a very frightening prognosis, and can take quite a toll on the body. That’s why it is important to diagnose cancer as soon as possible, with the hopes that a malignant tumor can be found and dealt with before it metastasizes. When cancer becomes metastatic, the cells start spreading throughout the body, making the task of finding and fighting cancer much more difficult. The process of determining how developed a person’s cancer is, and what type, is called staging. The staging process assists the doctor in understanding a patient’s cancer prognosis and in making the most accurate pathology report; and if diagnosed with cancer, it aids them in deciding what kind of treatment is best.

What stage a person is diagnosed with largely depends on their prostate-specific antigen (PSA) levels. These levels are important, as they are used as a screening/testing tool to determine whether a man has a diagnosis of prostate cancer, or whether further testing is needed. Prostate-specific antigen is made by cells in the prostate gland, mostly found in semen, but also in blood. Most men have PSA levels under four nanograms per milliliter (ng/mL) in their blood. The higher the levels are, the more likely a man is to have prostate cancer.

What tests are used to stage prostate cancer?

Staging is a way of describing where the cancer is located, if or where it has spread, and whether it is affecting other parts of the body. Knowing the stage helps the doctor to decide what kind of treatment is best and can help predict a patient’s prognosis, which if done early may increase their chances of a successful recovery.

To find out the stage of your prostate cancer, the pathologist typically orders a biopsy and takes tissue samples from the prostate, and does tests on the cancer cells. This is called a Gleason test or score, which is the most common prostate cancer grading system used.

There are 2 types of staging for prostate cancer:

1.     The clinical stage:  This stage is based on the results of exams, diagnostic imaging, and lab tests, which include DRE (digital rectal exam), tissue biopsy, X-rays, CT and/or MRI scans, and bone scans. The type of test performed is recommended based on a man’s PSA level from their blood. The clinical stage provides the doctor a pathology report, which shows the size of the cancer from the imaging tests, the patient’s Gleason score – which is the grade of prostate cancer, and the clinical stage of the cancer (I-IV).

2.     The pathologic stage: This stage is based on information found during surgery, along with the laboratory results from the clinical stage. This stage is referred to as pathology, as the prostate tissue is removed during surgery. The surgery may often include the removal of the entire prostate and lymph nodes, depending on the person and the severity of cancer.

The grade of a cancer is a way of describing what the cancer cells look like, or how they are arranged, when looking at them under a microscope after a biopsy. The pathologist rates what they see on a scale from 1-5. However, the scores are then added together to come up with an overall score between 2 and 10. This score is determined based on how much the cancer looks like healthy tissue when viewed under a microscope. In other words, less aggressive tumors generally look more like healthy tissue, and vice versa with more aggressive tumors.

Doctors use the results from diagnostic tests and scans to answer the following questions:

1.    Positron Emission Tomography (PET Scan): A PET scan is a tool that allows physicians to find the location of the cancer within the prostate, before making treatment recommendations. This imaging test reveals metabolic changes in cells, in this case, within the prostate. A PET scan allows the physician to distinguish between living and dead tissue, and determine if the cancerous cells are benign or malignant disorders. In other words, since a PET scan takes images of disorders at the molecular level, it can help the physician detect abnormalities in the activity of the prostate’s tissue cells at its early stages.

2.    Bone Scan: A bone scan is a test to help a physician see if the prostate cancer has spread to your bones. During this test, radioactive material is injected into a vein, and seeps in the bones and is detected with nuclear imaging, in order to reveal cell activity and function in the bones.