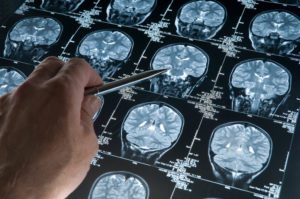 Digital imaging of the brain is one of the most promising areas of research being focused on for early detection of Alzheimer’s disease. Imaging such as an magnetic resonance imaging (MRI) and positron emission tomography (PET) scans are able to show changes in the brains of patients diagnosed with Alzheimer’s disease. In the past, these tests were used primarily to rule out other conditions that may cause symptoms that were similar to those for Alzheimer’s.

Experts believe that Alzheimer’s is a disease that begins many years before symptoms like memory loss and personality changes even become apparent, so a test or scan for early detection is paramount. The current Alzheimer’s treatments can prevent further deterioration of the brain but not repair the brain. This means that once an Alzheimer’s diagnosis is reached, the patient has often already experienced years of irreversible brain damage.

Because of this, early detection of Alzheimer’s is crucial. Researchers who study the brains of Alzheimer’s patients have found they are different than those of patients with dementia or mild cognitive impairment. Different types of brain imaging help us to find these changes.

An MRI is used to accurately measure the 3-dimensional volume of brain structures, especially the size of the hippocampus and related regions. The hippocampus is a small section in the middle of the brain used in the formation of long-term memories as well as for spatial navigation. Studies of Alzheimer’s patients have shown their hippocampus to be significantly smaller than that of the average aging brain, a person with dementia, or a person with mild cognitive impairment. Also, an MRI can be used to predict which patients with mild cognitive impairment may eventually develop Alzheimer’s disease.

A PET scan can also be used in the diagnosis of Alzheimer’s disease to detect a reduced use of glucose (sugar) in brain areas important in memory, learning, and problem solving. This imaging can show the functioning ability of these areas, which function differently in Alzheimer’s patients.  Also, various PET scan techniques have been developed to detect beta-amyloid, a toxic protein that builds up in the brain of those with Alzheimer’s. The scan is performed with a tracer, which highlights these proteins, leading to an earlier diagnosis.

Alzheimer’s is a heartbreaking disease that affects more people each day, whether the actual individual or their family and friends. Early detection is essential for the best outcome, and digital brain imaging is key to early detection. If you are concerned that you or a loved one may have Alzheimer’s or other memory-related condition, set up a medical evaluation with your doctor and request diagnostic imaging.

Here at Independent Imaging, we offer the area’s most advanced diagnostic imaging equipment and technology. Call (561) 795-5558 or request an appointment online with one of our board-certified radiologists in Wellington, Belle Glade, or Lake Worth today.